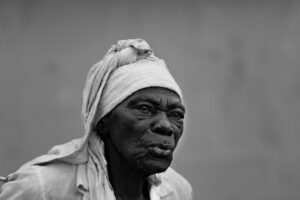 Every great guru or a spiritual leader has their own guides that have helped them become who they are. For Neville Goddard (1905-1972) it was Abdullah, a brilliant Jewish rabbi from Ethiopia. Neville was under the guidance and learnt under Abdullah for five years, which is why much of the credit to Neville’s spiritual journey is given to Abdullah.

Abdullah himself was a man of compassion and took great pride in his cultural heritage; his strength and his straightforwardness in communication were major attributes of his personality. Possibly, picked up by Neville himself in the way of wording or expressing. Their charismatic method of teaching or imparting valuable knowledge is similar. Also, Abdullah had a profound influence on Neville’s spiritual growth as he was mentioned multiple times in many of Neville’s lectures.

Abdullah was an old-soul, a great philosopher with gifted spiritual abilities who imparted teachings on esoteric Christianity. People from all segments of the society attended his teachings. Why? He imparted the knowledge of the scriptures to people in a way that they understand, essentially lifting the curtains from the scriptures to make people understand that scriptures are not out of their reach and can be understood and applied in their lives.

Their first meeting itself was extraordinary filled with lots of spiritual enrichment for Neville. “When I first met Abdullah in 1931, I entered a room where he was speaking and when the speech ended, he came over to me and said,

An important teaching by Abdullah was about having full faith in the imagination that you have. ‘’Live as though you are there.’’ Initially Neville was not able to grasp the concept fully, however, Abdullah’s patient method of imparting this teaching helped Neville in truly understanding it.

The important concept is to believe in your imagined reality as if it has already happened without a hint of doubt. Belief is the key behind manifesting as well as living your reality. Once Neville learnt that you manifest what you feel and believe is the truth and reality, through his own life experience guided by Abdullah, he proceeded to impart these teachings to others in the following years (Lord of the 7c, 2012).

Their interaction and relation were not only inclusive of teachings taking place for a fixed period, it was leaning towards companionship and a friendship where certain experiences and instances proved to be ways in which meaningful discussions took place. For example, the first opera Neville had ever gone to was with Abdullah on a Good Friday. Their genuine fondness and conversations are what contributed to so much of consolidation of spiritual learnings in Neville.

Their belief is that you are the creator of this world and are clothed in a human form moving through life. You have limitless possibilities, opportunities and can have anything you possibly want and can imagine. In this process, you do not waste even a single minute thinking that it has not happened or why is it not happening. Anything you want, you simply have to believe that you already have it

Much of what we all know about Abdullah the mystical rabbi is through stories and mentioned by other spiritual leaders such as Joseph Murphy and many other people who met him. He hardly left any trails of his knowledge and much of his teachings are known through the mentions of teachings by his students and other spiritual leaders. This only stands as a testament to his relevant teachings which was passed on from one great thinker to another. His story and teachings are being researched and reconstructed till this day because of the rich knowledge towards the path of spiritual awakening.

If you want to learn more and get more insights into his teachings, you can hear Neville Goddard’s lectures and teachings where he often mentions and gives snippets of his conversations with his teacher Abdullah on recorded audios in our Neville Goddard Library