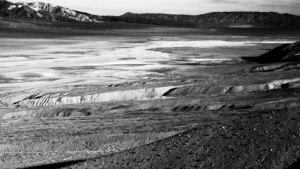 How Did Neville Goddard Die?

Neville Goddard was one of the pioneers of metaphysics and some even considered him a prophet. Born February 19th 1905 , he was a spiritual educator and had many teachings surrounding spiritual awareness.

His many teachings include the law of assumption,  manifestation, afterlife and other dimensional planes.

There is a lot of controversy surround Neville Goddard as he did not believe in an external god but rather that god is within us our human imagination. We create our own reality, consciously or unconsciously this is happening all the time.

His death is often questioned as there are two stories surrounding his death, he also predicted his own death and had strong views about what happens after we die.He believed that until we experienced ” the Promise” we would have to return and experience again the cycle of life.

He studied under an Ethiopian Rabbi called Abdullah who introduced him to the Kabbalah and Esoteric Biblical teachings. He had a son  Joseph from his first marriage and a daughter Vicki from his second marriage.

As mentioned previously Neville Goddard was a spiritual educator and a mystic. He was massively influential and particularly his manifestation technique is still widely used to this day.

His main message was that: Everything in our reality, everything you see and experience including other people interactions are created by our own imagination.

He believed that god is inside of us and we can create our own reality just by thinking  and feeling it into existence. He also had a lot of influential teachings surrounding what happens when we die.

Here’s a quick description of Neville Goddard’s manifestation technique the Law of Assumption.

It went as follows:

As mentioned previously this pioneering manifestation technique is still used and taught today. We have a number of articles that go into detail about this immensely powerful method

Predicting His Own Death

Neville Goddard is known to have predicted his own death. He often spoke about how his garment(human form) would end in his 60’s, he died in 1972 at 67.

He was also unafraid of death often saying in his lectures he would not be concerned if he dropped dead right there since he knew he would just be leaving behind this life for another.

He has even been noted to say he is “eager to depart” and that it “will not be very long from now” in the months before his death.

In one of his last lectures he stated he had completed his mission and would be departing from this world soon.

He also believed we had a set amount of time on the earth that we “arrive on time and we leave on time” and that we cannot change when we depart.

How Did Neville Goddard Die?

There are two main stories around Neville Goddard’s death. The first is that he suffered a heart attack and the second being a brain aneurism.

His chauffer Frank Carter confirms he was found with his ears and nose bleeding and that it was indeed an aneurism.

Frank Carter himself is said to have had a dream about Neville Goddard dying the night before he passed.

There is mystery surrounding his death as he was a relatively young and healthy man at the time of his death. His sudden death has lead people to deepen their beliefs of his teachings.

Where Is He Buried? 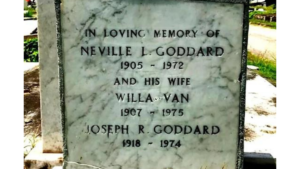 He is buried close to where he was born in Westbury Cemetery, Saint Michael, Barbados with his wife and son in a simple grave with minimalist gravestone. His father and brothers company still exists in Barbados to this day and his daughter lives in LA.

There is no doubt Neville Goddard was a brilliant man. A lot of mainstream Christians do not accept his teachings, especially as they go against the idea of religion and God.

However  many people have been found to have success with his manifestation techniques and have even found comfort in his ideas of afterlife and other dimensions.

Whether you believe in his teachings, the story of his death and that he predicted his own death, there is no denying he was an incredibly talented and mystical individual.

To find out more about his powerful manifestation techniques why don’t you check our Ebook based on his teachings Mastering The State Akin To Sleep.